The open source MATCH model, and reaching 24/7 hourly matched energy by 2025 in California

I wanted to draw your attention to this story of an Californian community choice aggregator called Peninsula Energy, who are already at 99% of their energy matched on an hourly basis in 2023, and have published the open source model (AGPL) model they have used to plan their procurement to reach 100% 25/7 matched renewables by 2025.

Peninsula Clean Energy, a community choice aggregator (CCA) in California, is attempting to achieve 24/7 clean energy -- clean energy that matches demand every hour of every day -- by 2025. I talk with the CEO about why they've adopted the goal and...

Here’s the model on github they mentioned on github: 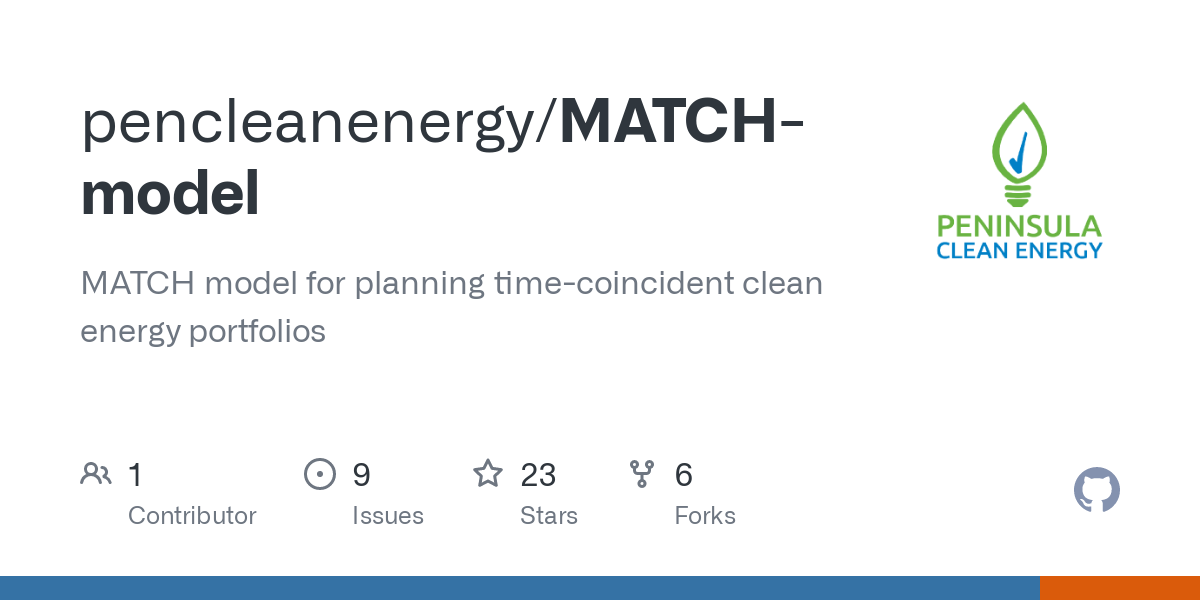 Here’s the white paper explaining more about how they thought they would do it:

A question I’d like to put this to the modelling nerds here - How applicable is this to other territories?

I didn’t see any of the PyPSA style models in the dependencies file, and I assumed that was the main tool used in Python land (at least I thought it was in use for @tom_brown 's recent work at PIK).

This file has been truncated. show original

I know that California is blessed with all kinds of solar and wind resources compared to other places, but this is the first time I’ve seen any one talk about modelling 24/7 so aggressively, and actually executing so fast as well.

If there are others, I’d welcome pointers.

That said, PyPSA is written in python and has a significant and growing following.

The real dynamic, to my mind, is the recent uptick in interest in both integrated systems modeling and open source development — both strands gaining very noticeable attention over just the last year.

That Californian work looks very interesting. Although it is based on dispatch, rather than capital evolution — on my preliminary take at least. (Also PIK→TUB, in your OP, I think). R

Ooops! I should have said from my point of view - that’s the one I see the most come up in discussions, but I need to stress, I’m not a modeller

Also, I did indeed mean TU Berlin for Tom Brown’s work. Thanks for the pointer.

I think the MATCH model uses the SWITCH modelling framework developed by @mfripp and colleagues, one of many excellent Python-based frameworks. Not to be confused with LOADMATCH

(there was a big lawsuit about that model).
The Princeton study on 24/7 by @JesseJenkins and colleagues looked at California and PJM, and TUB’s study on 24/7 looked at European countries.
Hope that helps!

Background in the law suite mentioned in the previous post from one of the litigants: