Do you sometimes wonder who else uses your favourite open-source energy modelling tools, and what they do with it? Come join us at the first-ever PyPSA User Meeting!

What: 13 lightning talks (10 minutes each) on PyPSA-based energy systems modelling projects from academia, think-tanks, business, consulting, or any other domain. We look for a wide variety of participants in the open energy modelling community to share what you have been up to, and to spark new ideas for projects to come!

Who: Anyone can join to listen (up to 300 participants).

How to register: Meeting Registration - Zoom

Speakers of the lightning talks as well as their topics and abstracts will be posted after talk selection.

All timestamps are CEST (UTC+2).

Maximilian Parzen, Ekaterina Fedotova (PyPSA-Earth): What the heck is PyPSA-Earth?

Open models are often designed with particular geographic scope in mind, thus hindering synergies to collaborate, or are based on low spatially resolved data, limiting their use. With PyPSA-Earth, we released the first open-source global energy system model with data in high spatial and temporal resolution. The presentation will answer what the tool is, how you can use it for your research/activity, where we go next, what are challenges and opportunities and most importantly how you can get involved in the development.

Weather plays an important role in ensuring the grid stability and reliability of future energy systems. The Japanese government is adamant in ensuring energy security through diverse energy sources. With the country’s increasing solar capacity, coal power plants could be decommissioned, but the reliability of solar and the existence of backup energy sources are necessary to push the discussion forward. This research explores the potential of solar energy to decommission coal power plants with a strong emphasis on weather scenarios. It focuses on Japan’s southernmost region since it represents a diverse electricity grid with high PV penetration and aging coal plants. Using Python for Power System Analysis (PyPSA), several weather conditions in the past 30 years were explored. Results show that there is a high risk in the summer and winter when natural gas has to supplement the supply. However, in the future, hydrogen or ammonia could supplement solar energy during crucial months.

Resource adequacy assessments usually feature some kind of economic viability assessment, which is designated to assess which capacity investments can be expected based on market revenue in the years to come. These assessments are computationally challenging, as they need to consider several years ahead, as well as several decades of weather years to produce robust results. At the same time, reliability standards allow load shedding only during roughly 0.1% of all hours. Applying a time-series reduction is challenging, as a very small number of hours, which is difficult to identify, defines the level of installed capacity.

As an alternative , an iterative model was developed, which uses PyPSA to run dispatch simulations of several weather and scenario years at once. These are then used to evaluate existing capacities and new entry based on their profitability. Lastly, profitable capacities are expanded, while plants making a loss are decommissioned, starting the procedure anew.

Academic advancements in open energy modelling have not been fully translated into national policy planning processes. However, through the work of think-tanks, frameworks like PyPSA are being used to target policymakers, bringing ambitious decarbonization scenarios into public attention and increasing the quality of energy planning, which will be shown using examples from the UK and Poland.

The deployment of the PyPSA-UK model in September 2022 by Ember contributed to a 2030 clean power commitment by the opposition Labour party, during a critical time when the ruling party considered withdrawing from their current 2035 clean power policy. In 2021, a series of modelling studies by Instrat brought significant attention to the Polish coal phaseout discussion. The very detailed analysis of transmission grid investments included in PyPSA-PL pushed the Polish TSO to significantly improve their planning documents in 2022, showing the potential of open energy modelling.

We introduce an implementation for approximating near-optimal feasible spaces, built on top of PyPSA-Eur. Using the geometry of these spaces, we find designs that are as robust as possible to perturbations. Moreover, intersecting near-optimal spaces leads to designs that are feasible for multiple different scenarios. We apply our methods in an investigation of weather years, for the first time running PyPSA-Eur with a three-hourly temporal resolution and 41 years of weather data. While an optimisation with 41 weather years is at the limits of computational feasibility, we use the near-optimal feasible spaces of single years to gain an understanding of the design space over the full time period. Our work builds on recent developments in the field, including techniques such as Modelling to Generate Alternatives (MGA) and Modelling All Alternatives (MAA). Our implementation is open-sourced, adaptable and written with easy re-use in mind.

In the paper “Long-term implications of reduced gas imports on the decarbonization of the European energy system” we investigate the implications of the scenario that has become a reality, where gas is no longer supplied to Europe from Russia. Focus is placed on the long-term implications lying beyond the forthcoming winter. The sector-coupled PyPSA-Eur-Sec model is used to perform myopic optimisation in the time-period from 2025 until 2050. We analyse transition pathways based on CO2 budgets corresponding to 1.5°C and 2°C of temperature increase. Results show that an ambitious climate target will relieve Europes dependency on imported gas, but requires high build-out rates of renewables.

Climate change is one of the major global challenges of our time. TransnetBW has published the study Energy System 2050 - towards a decarbonised Europe. The study considers European climate neutrality in 2050 as a target scenario and uses a detailed model to compare two cost optimal paths to reach the ambitious goals to address the challange of climate change. The first path relies on a global market with gas imports from outside the EU, and the other develops an increasingly energy resilient Europe. The results show in detailed analyses how to achieve climate neutrality by 2050 by taking measures in each sector – renewables, heating, transport, industry and particularly the electricity and gas grids.

Spinning reserves for frequency control are a constant headache in small-scale systems, and often one of the main obstacles for the integration of larger shares of renewables. In fact, solar and wind power are often among the cheapest options in many places, but utilities tend to be worried about the capability of their ageing power plant fleet to cope with fluctuating resources.

In our talk we will give a very brief overview of how spinning reserves - covering for instance the largest running power source - can be modelled in the PyPSA environment, either linearly convex in an approximate fashion, or with mixed integers.

The talk will introduce the open-source energy system model MyPyPSA-Ger. The model was developed to investigate the energy system with respect to the achievement of the planned emission targets in Germany until the year 2050 using a myopic planning approach. The model is used by the EEW group at Hochschule Offenburg.

MyPyPSA-Ger makes it possible to investigate new possibilities for action within the framework of the transformation of the energy system and to make quantitative statements. This can reveal perspectives for the energy transition in Germany, for example, the effects of changed emission price paths, increased electrification of industry, increased sector coupling, or even a hydrogen economy.

The model results help decision makers to work towards a climate-neutral energy system. The development of the model will continue to include all consumption sectors, storage technologies and flexibility, as well as interconnection with neighbouring countries.

We investigate the effect that lower demand has on the needed levels of renewable energy infrastructure. We do this by comparing various low-demand scenarios, including sufficiency- and efficiency-driven models. Furthermore, we consider uncertainty in infrastructure buildout by analyzing costs and emissions in cases of overbuilt systems. This project is still in progress, but initial findings show that the lowest feasible demand scenarios result in a decline of TFEC of 52%, and cost reductions of 60% for a net-zero scenario. Demand sweeps show that the structure of energy supply and distribution reacts non-linearly to reduced demand. And considerations of various non-ideal conditions shows that lowering energy demand improves system robustness.

The eGo^n project aims to investigate the effects of coupling the E-mobility, gas, and heat sectors on the electrical German grid. Optimization of network expansion and different storage options are performed in transmission and distribution levels are part of the scope. Due to the extremely high model complexity, several approaches were developed, examined, and applied to reduce the required computation times. Disaggregation techniques were applied to generate results in high spatial resolution.

PyPSA-Longyearbyen is a simple model used to study renewable scenarios for the electricity and heating sectors in Longyearbyen, Svalbard. It is a one-bus model including several wind turbine locations, PV, battery storage, hydrogen storage, thermal storage, an expandable heat pump and resistive heating. Capacity factor time series data as well as electricity and heat demand data are also included. The implementation is focussed on simplicity and readability, and could be a good learning resources for researchers wanting to get familiar with PyPSA. A report based on modelling results as also available. All code and data are published under open licenses.

Sorry for not being able to adequately include time zones in the Americas - there will be a recording, and we’ll get you live in the next installation!

We’d like to record the entire session and, for people who give their consent, make the recordings available after the session under a Creative Commons Attribution (CC BY 4.0) to those who were not able to make the meeting.

Participants can license their contribution to the meeting under a Creative Commons CC BY 4.0 license at the time of registration. This will permit the associated video recording to be shared with a wider audience in the Open Modelling community.

In addition, presenters can optionally license their presentations under a Creative Commons CC BY 4.0 license. This will also facilitate their dissemination and reuse.

Attendees and presenters should note that open licensing is optional. We will not publish anything without the consent of those being recorded. You may withdraw your consent afterwards as well. We will respect the wishes of anyone who asks to delete the recording of them during times when they were talking.

We look forward to a fruitful exchange with many of you!

We are energy system modellers researching the most cost-effective pathways to reduce greenhouse gas emissions in the energy system. We also maintain the PyPSA ecosystem. 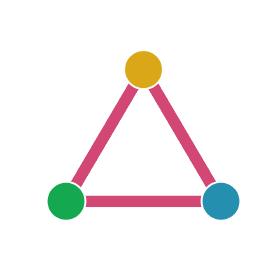 Some of the other missing timezones:

This event has just completed. I saw a maximum count of 122 simultaneous participants, but the total number of individuals who attended was doubtless higher. An edited recording of the event will be made public by TU Berlin in due course.

Those same recordings are now also indexed in the first posting in this topic. The entire recording is 03:25:34 in length.